Adam Lambert feels a little guilty now for callingÂ out the fan at his concert ( who was on a cell phone…talking loudly) a few days ago. It is kinda rude to be talking on the phone at a concert…couldn’t you have just texted or…not be on the phone unless it was anÂ emergency.

As previously reported on AccessHollywood.com, the incident happened while Adam was performing â€œWhataya Want From Meâ€ for iheartradio in New York City.

â€œI was trying to record an acoustic song. We were recording the concert and it was very quiet and intimate and she was in the third row, quite loud on her cell phone,â€ Adam recounted on Thursday. â€œI just told her to please get off of it because I [couldnâ€™t] concentrate.â€

The crowd supported Adamâ€™s move, cheering the singer on, and it appears the cell phone caller did too.

â€œI think ultimately she called into the radio station and said she was fine with it,â€ he said. â€œI made sure afterwards to kind of blow her a kiss and like, make amends.

â€œI didnâ€™t want to really embarrass her,â€ Adam continued. â€œFor that moment she needed to be a little embarrassed and she needed to learn that lesson and Iâ€™m glad.â€

Watch the video below…Whoa…Adam the Diva… 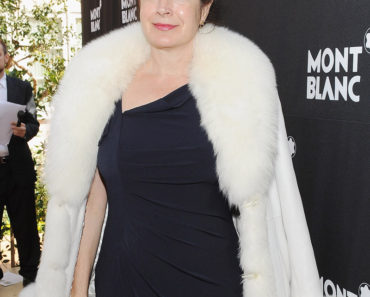