OMG, was Pia escorted off the Idol stage last night after her elimination when she felt lightheaded. Aww, it was an emotional night for her!!

“I was getting very lightheaded,” Pia, 22, tells Life & Style. “To be in the position I was in last night was a bit much and a little overwhelming.”

Fans and judges J.Lo, Randy Jackson and Steven Tyler were floored when the favored Queens, N.Y., beauty and early front-runner became the ninth Idol to be voted out of the competition. But the moment was toughest on Pia, who struggled through one last performance when she sang the Pretenders’ “I’ll Stand By You” after receiving the heartbreaking news.

“It was very hard for me to get through that last song,” Pia tells Life & Style. “I was trying to take deep breaths, and it wasn’t working out.”

One day later, talented singer Pia assures Life & Style she is doing better and is focused on what lies ahead. “I definitely want to do movies and commercials, all that stuff — musicals everything!” she says.

Pia did think she would go home last night…she felt it in her gut she said.

“I go a lot on feeling and what’s in my gut,” she told us. “After my performance I felt something weird. I said to my parents, ‘I kind of feel like I’m going to be in the bottom three tomorrow.’ When it happened I kind of expected it. Usually when I feel something, it happens. I had a good time at my performance, I don’t have any regrets so I don’t know why I felt that way.”

I do believeÂ itÂ will work out for Pia with that huge voice of hers…and she was spotted heading to a record label already…ummm hmmmm!!! 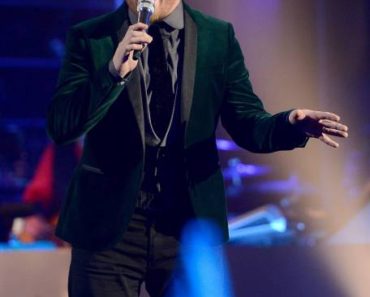