Ashlee Simpson may have just filed for divorce from hubby, Pete Wentz but rumor has it that Ashlee may already have her eye on someone new a rocker named Craig Owens (whoÂ happensÂ to be friends with Pete)! The two were allegedly spotted kissing too.

Ashlee Simpson-Wentz was all smiles during a recent trip to the Beverly Center mall in Los Angeles. But it wasnâ€™t a particularly good sale that cheered the 26-year-old star â€” it was her companion, a tattooed blonde rocker named Craig Owens.

â€œThey were holding hands in the elevator,â€ an insider tells In Touch in an exclusive interview, â€œand a lot of the time he had his arm around her. They even kissed each other on the lips. It was obvious that they were a couple.â€

Considering itâ€™s only been a little more than a month since sheâ€™s filed for divorce from husband Pete Wentz, Ashlee seems to be moving rather fast.

But as it turns out, Ashlee has known her man for quite a while: Craig is actually a friend of Peteâ€™s, and his band, D.R.U.G.S., just released its first album on Decaydance, Peteâ€™s record label!

The revelation that sheâ€™s been seeing his pal is bound to hurt 31-year-old Pete, who, a friend says, has been desperately trying to win his wife back.

â€œHe sends flowers to her every day, and thatâ€™s only the beginning,â€ the friend reports. â€œHe has even offered to quit his band and let her pursue her career, but so far, she hasnâ€™t budged.â€ 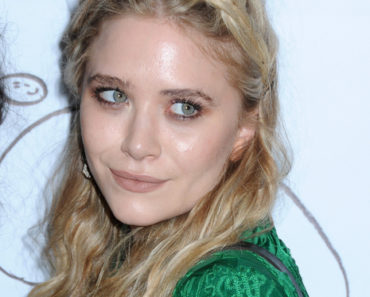