Avril Lavigne publicly slammed the creator of Facebook, Mark Zuckerberg after he seemingly dissed the band, Nickelback. Lavigne and Nickelback’s lead singer, Chad Kroeger may have split but Avril still has her exes back! It all started when Mark took a jab at the band during YouTube video on Tuesday as he promoted his new home A.I. assistant Jarvis—Zuckerberg asked Jarvis to play “some good Nickelback songs.” Jarvis responded, “I’m afraid I can’t do that. There are no good Nickelback songs.” Jeez Ouch! “Good. That was actually a test,” Zuckerberg added. “How about just play some songs that our whole family likes.”

Well Avril wasn’t having it and posted an image of her letter to Mark Z on Twitter. She wrote,

Many people use your products — some people love them and some people don’t. Either way, you’re allowed your musical opinion however, your jab at Nickelback is in poor taste.

When you have a voice like yours, you may want to consider being more responsible with promoting bullying, especially given what’s going on in the world today.

Nickelback does tend to be a joke to a lot of people and yet they have sold a ton of albums! Good for Avril defending Chad and his band! 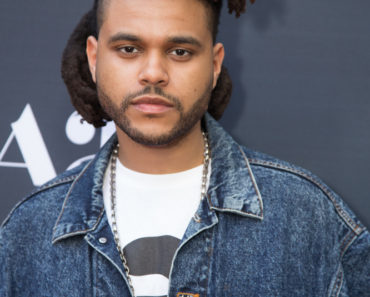