Azealia Banks does not like Iggy Azalea…let’s just get that out of the way. She has started Twitter beefs with the Australian rapper since 2012 and has been coming after her and mentor, T.I. ever since. This time Banks took issue with Iggy’s lack of response to the recent issues in Ferguson, Missouri ( there was no indictment for the officer who killed Mike Brown) and now for last night’s lack of indictment for the police officer who killed Eric Garner in NYC with an illegal choke hold maneuver.

Well Azealia took to Twitter to publicly dismiss Iggy’s not talking about recent controversial racial issues in out country recently. “its funny to see people Like Igloo Australia silent when these things happen… Black Culture is cool, but black issues sure aren’t huh? If you’re down to ride with us b*tch you gotta RIDE ALL THE WAy.  Don’t just be down to ride Black D–k….. If you with us you WITH US!!!!” There is a lot more but we’ll stop here and she also tweeted about the media trying to move Iggy into Nicki Minaj’s territory. “And the media needs to STOP trying to move igloo in on what Nicki has established. Nicki is a hard-working rap-BEAST. stop trying to degrade and BELITTLE Our culture with this fucking kkk iggy shit.”

Iggy did not stay quiet writing back. “Theres more to sparking a change than trolling on social media. World issues shouldnt be used as a poor excuse to promote fan battles. Make sure you do something to let YOUR government know how you feel when something is unjust., not JUST your followers on twitter…HERE ARE SOME ACTUAL PRODUCTIVE WAYS YOU CAN HELP.”

She continued, “The world is too hung up on what is or isnt said on twitter. theres an actual world out there and multiple ways you can promote change. Be mad but be productive, please! Night twitter kids. Peace be with you.
xoxo.”

In my eyes it just appeared to be an attempt to create drama when there was none. Iggy does not HAVE to address anything she doesn’t want to. Plus Azealia just doesn’t like Iggy! Just an excuse for a personal attack…don’t you think? 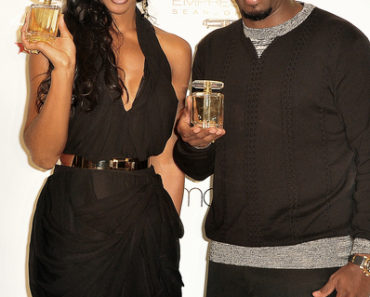