The Basketball Wives sure know how toÂ crestÂ drama…theÂ latestÂ to go at it are Tami Roman and newbie, Kesha Nichols. Tami had beef with Kesha while on vacation in Tahiti for allegedly talking behind all the ladies backs, so Tami confronted Kesha while eating dinner and she left her purse and Tami decided to hold onto her purse until Kesha came back to reclaim it and theu could finish theirÂ conversation. Kesha gotÂ upsetÂ and got security involved. Tami eventually gave back the purse to avoidÂ furtherÂ problems and Kesha headed home, purse and all!

A “Basketball Wives” vacation to Tahiti ended early for one cast member after an argument between two girls ended with one refusing to give back the other’s purse … TMZ has learned.

According to our sources, Tami Roman and Kesha Nichols got into it last month about halfway through the trip because Tami felt Kesha was talking behind the other girls’ backs. We’re told the two had it out over dinner and Kesha stormed out … leaving her purse behind.

Our sources say Tami took the purse and held on to it, hoping Kesha would come retrieve it and they could finish their conversation. But when Kesha found out Tami had retreated back to her hotel room with the purse, we’re told Kesha got hotel security involved.

Hotel security wanted to get the local police involved, but our sources say the producers of the show talked Tami into returning the purse to Kesha before the authorities got involved.

We’re told once the matter was settled, Kesha decided to hope the next plane back to the States.

Last time the girls went on vacation, it was to Italy … and Tami punched cast member Meeka Claxton during a nightclub brawl.

Calls to reps for both girls and VH1 were not returned. 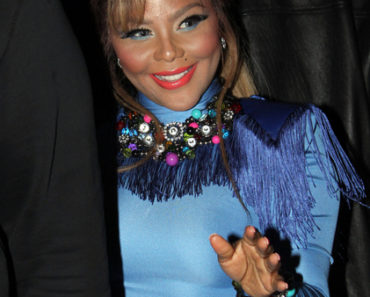