Beyonce has been accused of being a copycat. Beyonce performed at the Billboard Music Awards and she did a beautiful performance of ‘Run This World (Girls)’ with a graphic white screen behind her and it was very artistic but…someone else did something very similar before. So here is Beyonce’s explanation according to AOL,

When Beyonce took to the stage at the 2011 Billboard Music Awards this past Sunday (May 22), she gave what was, quite possibly, the performance of her lifetime. It certainly ranks up there among the most memorable in the award show’s history. Honored with the Billboard Millennium Award, Beyonce performed her current single, ‘Run the World (Girls)’ while dancing and interacting with high-tech video projections synced behind her.

Indeed, the word “epic” comes to mind, as it was a dazzling marriage of choreography and technology, the likes of which have rarely been seen on live television. However, some have argued that the word “groundbreaking” might be misleading — Beyonce’s performance may have been unique in its execution, but the basic idea actually came from a performance by Italian pop singer Lorella Cuccerini in 2010. The visuals, dancing and even sequencing are remarkably similar at points. That’s no coincidence, nor is it a rip-off. Rather, Beyonce acknowledges the direct influence.

“My makeup artist showed me the performance of Lorella Cuccarini a year ago, and it inspired me so much,” Beyonce tells AOL Music, exclusively. “I then met with the talented people who worked on it. The technology and concept were so genius. Thank god for YouTube or I would have never been exposed to something so inspiring. I never worked so hard on anything in my life as that performance for the Billboard Awards.”

Naturally, YouTube is now flooded with side-by-side comparisons of the two performances and, yes, it is fascinating to see how ideas can evolve from one creative entity to the next. But whereas critics are quick to point out influences, musicians are more prone to identify them as inspiration. In turn, Beyonce’s performance will now, no doubt, “influence” other artists at future award shows. For proof, check back next year. And that, of course, is exactly why Beyonce is a Billboard Millennium Award recipient. 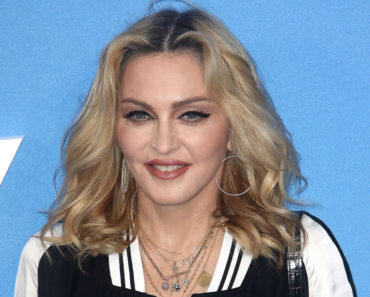