Brad Pitt may be a big star and is out promoting, “Moneyball,” but it looks like he is scared of a blonde, sarcasticÂ comedienne….Chelsea Handler and new bestie of Jennifer Aniston!! But Chelsea did diss Angelina so we can’t blame him!

â€œChelsea would love to have had Brad on her show,â€ an insider tells me. â€œSheâ€™s had some of the biggest stars in the world on her show to promote their films. Sheâ€™s had Gwyneth Paltrow visit and even Jennifer Aniston, but Brad said no way.â€

The much-hyped “Moneyball” had a strong opening weekend, taking in over $20.7 million to make it the biggest baseball-themed opening ever, after being marketed toward adults and designed to appeal to both men and women. Pitt worked overtime to make sure the flick was a big hit, doing sit-down interviews with the “Today” showâ€™s Matt Lauer and Ellen DeGeneres — plus that unforgettable interview with Parade magazine — but not Chelsea Handler.

â€œIt would have been great if he had agreed to do an interview with Jenâ€™s best friend Chelsea,â€ an insider tells me. â€œIf heâ€™s still as good [of] friends with Jen as he says, then he would have done E! Heâ€™s full of it and Chelsea knows it. Thatâ€™s why he wouldnâ€™t talk with her, he doesnâ€™t have the balls.â€

Although, after what Handler did say about his partner, Angelina Jolie, in December 2010, you can’t really blame him.

â€œShe can rescue as many babies from as many countries as she wants to,” Handler said about Jolie during a standup performance in December of last year. “I don’t f–king believe you. … She gives interviews, ‘I don’t have a lot of female friends.’ Cause you’re a f–king c–t. … You’re a f–king b–ch.” 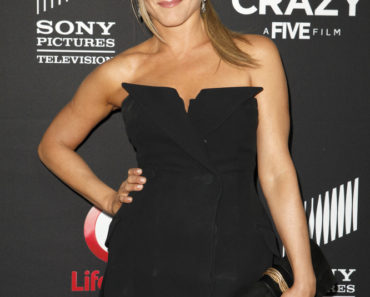