Wow, just wow…who knew Bristol Palin’s son, Tripp had a mouth on him. In a recent episode of Life’s a Tripp Tripp, 3 is told he can’t go to the pool by his mother and he retaliates against his mother and aunt by telling them he hates them and then calls Willow Palin a gay slur…a ‘f**ggot’ (I doubt he was talking about a bundle of sticks!). Where did that come from? Palin does admit she is not doing a good job of disciplining him…after she caught a case of the giggles at his slur. Video below…

Update: A showrunner for Life’s a Tripp claims that the 3-year-old really said f*ck, not f**ggot like previously thought!

Bristol released her own statement,

“Lifetime filmed over 12 months (on and off) and they caught a moment on film that would cause any parent to be red in the face. Tripp is always surrounded by adults—around the campfires with cousins and their friends, at the shop with my dad and his snowmachine buddies. He’s apparently picked up some language that I’d prefer he not use. On national television or at home.” 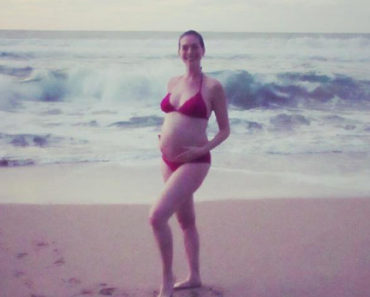