Casey Anthony’s whereabouts have been a mystery for a while now but today that has changed because we know that she has to be on Orlando for probation. Casey has to appear before a judge within 72 hours of today!

Judge Stan Strickland had ordered Anthony, 25, to serve 412 days in jail followed by a year’s probation on charges that she stole checks from her friend Amy Huizenga and fraudulently cashed them. The judge’s ordered was initially issued in January 2010, while Anthony was in jail awaiting trial on her murder case.

When Anthony was released from jail on July 17 following her murder acquittal, she was granted time served for the 412 days of jail time on the check fraud charges, and prison officials interpreted the judge’s order to mean that her probation was also served during her time in jail.

Strickland signed an order today clarifying his ruling, that he intended her probation would be served once she was released from jail.

According to court documents, Strickland’s order also requires that Anthony pay $348 in court costs and $20 a month for the supervision required with her probation sentence. She is also barred from any contact with Huizenga.

Anthony hasn’t been seen since she left the Orange County jail following her acquittal on murder charges. Strickland’s order to report to a probation officer may force her back into the spotlight. There has been speculation that Anthony could be in a series of hideaways from Florida to California.

Does this mean Casey will have to go back to jail..I am confused? 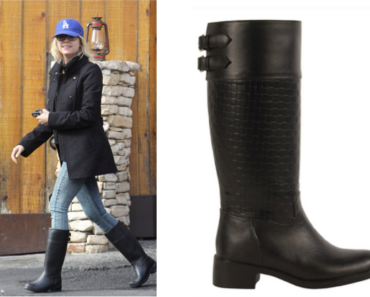