Charlie Sheen has a new show to promote, ‘Anger Management’ and since the demise (he was killed off) of his character on ‘Two and a Half Men’ he has had time to reflect. The man that had no apologies, had a change of heart!

Sheen admitted he didn’t have “a plan” about how to crawl out of the hole he’d dug himself into last year, but said, “I guess the plan was to reintroduce myself to America and to the media and say, ‘Sorry about that, but here’s what’s happening now.'”

It’s been about a year since his actions began spiraling out of control, and he agreed with Lauer that it had been like an out-of-body experience: “I just wish it was somebody else’s body,” he said. “You say it’s been a year — it’s either been a day, or a hundred years.” He snapped his fingers, to show how quickly time passed.

His behavior, he said “was a little cringeable” and he admitted, having watched segments of his stage shows, “I didn’t recognize parts of who that guy was.”

Still, he’s not above some dark humor, some of it pointed at himself. Asked about the working conditions on “Anger” and whether he’d have to have regular drug tests, Sheen said, “There’s no testing unless something obvious happens — I show up covered in blood; somebody else’s.”

But he says he’s in a better place now: “Anger” has already started shooting, and he covered his potentially volcanic behavior in front of the cast and crew the first day in a speech: “I don’t remember what I said, everyone had a good laugh,” he said. “I couldn’t have the ‘Two and a Half’ thing be my TV legacy … I couldn’t have it end on that note. So if this is going to be the swan song, then it’s got to be a beautiful experience. And so far, eight days (on “Anger”) was more fun than eight years (at “Men”).” 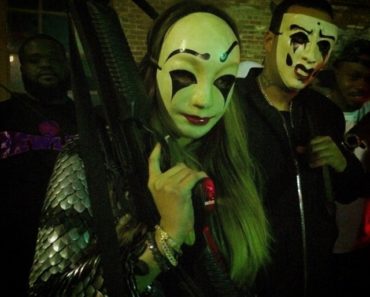