Charlie Sheen plans to sue Warner Bros…of course he is! Sheen will be suing for alleged breach on contract. Come on…Charlie is publicly bashing all of his bosses and even his cast mate Jon Cryer and what does he expect, that they will just stand by and be OK with that. He should have known his termination was imminent!

According to Hollywood Reporter,

â€œWe will sue,â€ Sheen lawyer Marty Singer tells THR in a phone interview. â€œItâ€™s a matter of when. It could be this week, it could be in a little while. Weâ€™re in no rush. But we will sue.â€

Singer has exchanged a series of increasingly rancorous letters with Warner Bros. since production on the hit CBS series was shut down in February. The litigator says he was not surprised Warners moved to terminate Sheenâ€™s employment, but he maintains his position that the studio is in breach of its agreement with Sheen despite the actorâ€™s erratic behavior and incendiary comments directed at Men co-creator Chuck Lorre. â€œThey have no basis to suspend or terminate Charlie Sheen,â€ he says.

â€œTheir position is absolutely ridiculous,â€ Singer says. â€œWarner Bros. had no objection to my client pleading guilty to a felony while they were actively negotiating his new dealâ€”they did his deal before his plea bargain!â€

Singer reveals that Warnersâ€™ letter terminating Sheenâ€™s services was sent in response to a blistering letter Singer sent WBTV on March 2 outlining his clientâ€™s case against the studio. That letter, a copy of which was obtained by THR, claims the following:

â€œFrom January 2010, even after my client was arrested and then charged with a felony and misdemeanor charges, Warner Bros. did not suspend my client. Instead it wanted my client to agree to commit to do additional seasons of [Men]. Warner Bros. confirmed that it would continue to employ Mr. Sheen even if he pleaded guilty to a felony as long as he did not serve jail time that would interfere with the production schedule.â€

Singer maintains the real reason Sheen was fired was because he offended Lorre, the studioâ€™s top showrunner. Lorre would also be a defendant in a lawsuit.

â€œThis is nothing but Warner Bros. acting on behalf of Chuck Lorre,â€ Singer tells THR.

And now Charlie is going after his fictional brother, Â Alan Harper aka Jon Cryer on Two and a Half Men. Charlie called him a ‘turncoat’ whatever that means.Charlie expected a phone call from Jon and said he never got one during this entire escapade (but some of his other cast mates did call)…

“Jon has not called me. He’s a turncoat, a traitor, a troll. Clearly he’sÂ a troll,” said Sheen. “He issued a statement. Is it gonna take me calling him a ‘traitor, juvenile and scared’ for him to get it?”.

“What’s there to say? I’ll tell him ‘You’re a little late. Goodbye, troll,’ ” said Sheen. “When I’m starring in multimillion-dollar films and he’s begging me for a supporting role I’ll say, ‘You left me out in the cold with all of your guilt and stupidity.’ “ 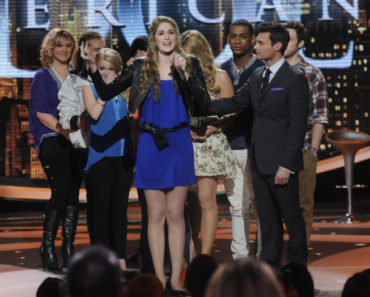