Chris Brown is fighting for his innocence after last weeks assault story. The pop star took to ABC News in a pre-taped message.”I cannot wait till the truth comes to light about this incident and this situation. You know, because my character’s been defaced and who I am as a person and my integrity…I’m glad that all my real supporters know me, and know the truth and see the truth.”

Chris and his attorney, Mark Geragos, shared a text from a friend who says Baylee Curran planned to set him up after he threw her out of the house. “This freak Chris Brown is kicking me out of his house because I called his [friend’s] jewelry fake. I’m going to set him up and call the cops and say he tried to shoot me and that will teach him a lesson.”

Baylee stands by her accusation—this is her story. “I went into the backyard just for a little bit, and then I came back in and there was a man selling diamond watches and necklaces.” She was looking at a necklace and Brown’s friend yelled at her. “I did not pick it up. I did not touch it, take it, or grab it—anything to that sort. That’s when Chris Brown’s friend—or I don’t know who that was, a guy with dreads—kind of came after me and was nudging me out saying, ‘Get out! Don’t touch the jewelry.’ He was calling me names and that’s when Chris Brown kind of went off, pulled out his gun, and said, ‘Get the f–k out!…Haven’t I told you guys enough?'”

Brown will head to an LA court for a Sept. 20 for arraignment. 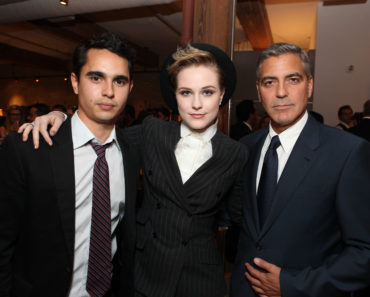