He said, she said…Ciara came for her ex-fiance on Twitter following a new interview where he said he broke things off with the beauty after they grew apart. Future told HuffPo, “Everybody already had their speculation on what happened. A lot of people said, ‘Man, he cheated.’ But our relationship had nothing to do with cheating. We grew apart. As a man, you want to make decisions for your family, and sometimes the lady doesn’t see what you see. I called [the engagement] off long before any cheating rumors came out. I was like, ‘This isn’t going to work out.'”

He added, “I was like, I don’t want a headline story as ‘Ciara’s husband.’ We were still living together when [we split] because we were best friends.” He did feel guilty about one thing…that she took photos with her wedding dress, with their son, “I felt embarrassed for her.”

Future also dished on his relationship with Ciara, versus her relationship with new guy, Russell Wilson. “God told me something else. He ain’t tell me to wait. I guarantee you that. We prayed afterwards though. After we did it, we prayed. That’s a true story.”

The couple split just a few months after the birth of their son, Future Zahir Wilburn but there were definitely rumors that Future cheated.Well, Ciara didn’t like Future’s side of the breakup stoory and tweeted, “Some Person Is So Dishonest and Ignorant That They Don’t Deserve A Response. Furthermore, One’s Main Focus Should Be On Being A Good Parent.” OUCH! 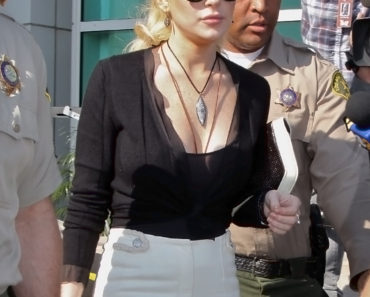