David Arquette attended the WWE and The Creative Colaitionâ€™s â€œbe a STARâ€ anti-bullying alliance event and opened up about the bullying he has encountered, with his sister, Alexis and his daughter, Coco.

David Arquette opened up about bullying. Unfortunately, his sister was bullied and then he revealed his daughter, Coco, has been bullied, too! Even though theyâ€™re separated, David revealed that both he and Courteney Cox co-parent by communicating a lot with their adorable daughter.

â€œWell you know she has been bullied, people have hurt her feelings and you just have to tell her and tell these kids that theyâ€™re special, that they have a special gift that nobody else has, that they have a light inside of them that can be positive. You can choose to accept this negativity thatâ€™s coming your way or you can rise above it and be the best person you can be.â€

As a parent, that could be a difficult road to travel. He told reporters you definitely have to talk to teachers and let people know whatâ€™s going on. He pointed out, â€œPart of bullying is people not standing up, not doing anything so its really about making the teacher aware about it, bringing it out into the open and you know, a lot of times this stuff lives in the dark.â€

People need to just stop being like that…why can’t people lets others beÂ themselves! 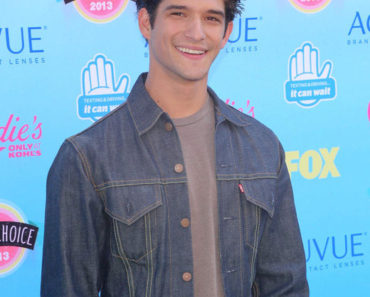