OMG, I would soooo watch a Dancing with the Stars season with Snooki, Rob Kardashian and Christina Milian! What do you think of the possible new contestants?

She’s had plenty of experience dancing in nightclubs, but does Snooki have what it takes to win the mirror ball trophy on Dancing With the Stars?

Sources tell the new issue of Us Weekly that the 23-year-old Jersey Shore star (real name: Nicole Polizzi) is in talks to shake her stuff on season 13 of the ABC hit, premiering September 19.

Snooki isn’t the only reality star being considered: Rob Kardashian, 24, is also in discussions with the network. “Rob is such a low-key guy, so it would be interesting to see if he’d come out of his shell,” a source says. (Here’s hoping that he fares better than his sister Kim Kardashian, 30, who competed in 2008 and was kicked off on the third week!)

Other potential hoofers? Mike Tyson, 45, “is being considered,” explains a second insider (though the boxer’s rep says this is “not true”). Plus, producers are talking to R&B singer Christina Milian, 29. “She’s a possibility!” the source tells Us. 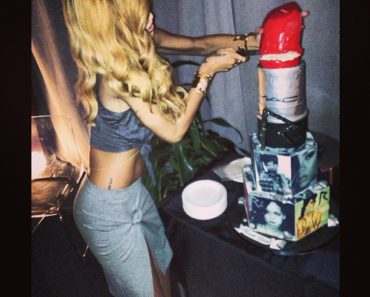