Elin Nordegren is finally speaking about her divorce from Tiger Woods to People! She talks about all the emotions she endured after finding out about Tiger’s numerous affairs. It’s so sad!

“I have been through the stages of disbelief and shock, to anger and ultimately grief over the loss of the family I so badly wanted for my children,” she says in the magazine’s latest issue, out just days after her split from Tiger Woods was made official.

The 30-year-old mother of two, who is studying towards a college degree in psychology, says that despite her husband’s betrayal, “I also feel stronger than I ever have. I have confidence in my beliefs, my decisions and myself.”

“My immediate plan is for the kids and me to continue to adjust to our new situation. I am going to keep taking classes, but my main focus is to try to give myself time to heal,” she says.

Elins sounds like a classy women…she deserved better and maybe one day she will find love again!

After months of silence, Elin dedicated 19 hours over the course of four meetings to the interview. She wrote some of her answers, feeling she could better express herself at times in written word rather than spoken word.

Tiger himself even made a surprise cameo appearance while Elin was being interviewed. He brought their children, Sam, 3, and Charlie, 19 months, home from his visitation time. The estranged couple kept the encounter very civil. Elin told Peopleshe intends to remain in Florida, and not move back to her native Sweden, so that Tiger can be involved in the children’s upbringing.

She also plans to continue working towards a college degree in psychology. “Money doesn’t make you happy, but I have to be honest, it is making some things easier.” Though it is not specified how much Elin received in the divorce settlement, she can afford to stay home to spend quality time raising her children and seek work once they are older. She is also grateful to be able to afford visiting her family overseas and for them to be able to visit her in the United States.

Throughout the ordeal, Elin still has faith in the institution of marriage. “It’s going to take time for me to start dating again. It’s going to be just me and the kids for a while,” she told the mag. “I believe in love because I’ve been there.”

Her daughter also helps her through the pain. She explained to her, “Mommy’s boo boo is in her heart right now.” The little girl suggested that popcorn might help to cheer her up. Elin has avoided most television, but was able to muster a chuckle in parodies of her situation on “South Park” and â€œSaturday Night Live.”

Calling it “truly ridiculous” that she hit Tiger with a golf club on the night of his infamous car crash, Elin maintained, “There was never any violence inside or outside the home.” She was completely taken by surprise at the surfacing of his alleged mistresses and “never suspected-not a one.”

Despite an honest attempt at resurrecting their marriage, their union ended in divorce earlier this week. “Initially I thought we had a chance and we tried really hard,” she said. “Without trust and love, it couldn’t work.”

And Tiger had a little something to say,

My children come first, they always will. Iâ€™m going to enjoy every minute with them. [Elin and I] both cherish the time we spend with Sam and Charlie.â€ 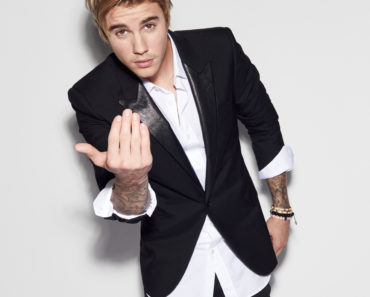