Heidi Klum will be stopping by Katie, Katie Couric’s new tv show and talk about her divorce from Seal and the recent cheating allegations. Klum tells Couric, “When we were together, I never looked at another man.” She was highly upset her soon to be ex-husband accused her of ‘fornicating’ with the help aka her bodyguard, Martin Kristen after rumors surfaced Klum was dating him. Seal has since retracted his statement.

Sources tell us Klum was devastated after Seal made the mean-spirited comment, which suggested his ex-wife’s alleged cheating with her bodyguard caused their split. Seal told TMZ just over a week ago, after news of her becoming close to bodyguard Martin Kristen broke: “I preferred Heidi would have showed a little bit more class and at least waited until we separated first before deciding to fornicate with the help.”

While she has become close to her bodyguard of four years, friends insist this has happened only since her split from Seal. The pair separated in January and filed for divorce in April after nearly seven years of marriage.

The “Project Runway” host and hunky Australian Kristen were spotted in New York a few weeks ago and on the beach in Sardinia with her children. Seal also added in an interview with TMZ, “I guess you now all have the answer that you’ve been looking for the past seven months.”

Hinting that British-born singer Seal had used strong words during their marriage, Klum told Couric about Seal’s comments, in an excerpt revealed exclusively to Page Six: “It was a unique choice of words . . . I’m used to it. Other people aren’t. When we were together, I never looked at another man.”

We’re told that Klum, who also said she was trying to mend her friendship with Seal, had already agreed to the interview with Couric, whose show debuts tomorrow, before Seal made the comment. The interview will air Wednesday.

Klum was spotted at Fashion Week for the “Project Runway” Season 10 Finale Show. 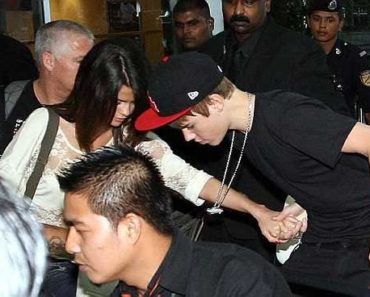