Hilary Swank recently attended the birthday concert of Ramzan Kadyrov, but what Hilary didn’t know is that the Chechen leader has been accused ofÂ heinousÂ crimes! So Hilary hasÂ apologized. Ramzan Kadyrov is accused of disappearances, house torchings and killings.

Hollywood celebrity Hilary Swank said she “deeply regrets” visiting a concert held on the birthday of the Kremlin-backed Chechen leader, who is accused of torture, abductions and killings by human rights groups.

The two-time Oscar winner said that she was unaware of the disappearances, house torchings and extra-judicial killings reportedly orchestrated by Ramzan Kadyrov in the southern Russian republic.

“I deeply regret attending this event,” Swank said in a written message to The Associated Press on Thursday. “If I had a full understanding of what this event was apparently intended to be, I would never have gone.”

Swank issued the message after the Human Rights Watch criticized her — along with Belgian actor Jean Claude Van Damme and British violinist Vanessa Mae — for attending a show that, it says, “trivializes the suffering of countless victims of human rights abuses.”

Representatives for Van Damme and Mae have not responded to AP’s requests for comment.

On Kadyrov’s 35th birthday on Oct. 5, his government organized a lavish concert in Chechnya’s provincial capital, Grozny, that has been restored after being flattened during two wars between Chechen separatists and Moscow since 1994. 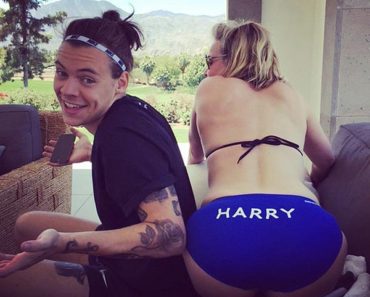