Jacqueline Laurita seems to have had enough of Teresa Giudice and her antics because as you know Jacqueline didn’t even attend the reunion, all to avoid Teresa! But rumors are flying that Jacqueline didn’t attend because Teresa blames her for the leaked photos of Joe Giudice with another woman and Jacqueline also thought that Teresa was going to turn on her very soon! Sounds like Teresa is not going to have many friends left!

A source close to the cast tells Life & Style that Teresa, 39, feels that Jacqueline, 40, is behind rumors that Teresa’s husband, Joe, is having an affair with fitness model Davana Medina. “Teresa blames Jacqueline for leaking a photo of Joe and Davana at TGI Fridays,” says the source. “The truth is Jacqueline texted Teresa to give her a heads-up about the pic, but Teresa twisted it and said Jacqueline leaked the photo online.”

And a second insider tells Life & Style that Jacqueline has had enough of the drama with Teresa. “She heard a rumor that Teresa was going to try and sabotage her and she didn’t want to deal with that,” says the insider. “Jacqueline just wanted to be the bigger person and that meant not showing up.”

Jacqueline isn’t the first Housewife with whom Teresa has burned her bridges. As Life & Style previously reported, her friendship with Caroline is also finished.

And this time, Jacqueline’s had it with Teresa. “It was weird and petty and Jacqueline decided not to sit there and watch someone try and rip them apart for no reason,” adds the insider. “Jacqueline has two young kids and no time to get all worked up over Teresa.”

Teresa recently spoke with People, and says she doesn’tÂ understandÂ why Caroline is acting that way!

“I don’t get Caroline’s problem with me,” Giudice tells PEOPLE in a new interview. “I never did anything to intentionally hurt people.”

“I love my family,” she tells PEOPLE. “I love Melissa. My brother is married to her for seven years. â€¦ I’m trying to make things better.”

With Jacqueline Laurita absent from the reunion, and nasty accusations flying between Teresa and Caroline, Giudice says she feels set up.

“They are trying to make it look like I’m hurting Melissa,” she says of her cast mates. “But, if anything, I always stuck by her.” 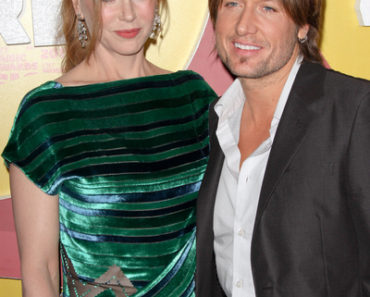