Jake GyllenhaalÂ isÂ about to head into the wild with Bear Grylls. Gyllenhaal will join Bear on anÂ adventureÂ inÂ Iceland, where they will be surrounded by active volcanoes and massive glaciers ( ‘sounds great’ **ahem insert sarcasm here)!

Jake Gyllenhaal wants to show off his wild side. The actor teams up with adventure and survival expert Bear Grylls for an upcoming episode of ‘Man vs. Wild.’

According to The Discovery Channel, the duo heads to Iceland together for the season premiere of the hit survival show, where they find themselves surrounded by active volcanoes and massive glaciers in the hard Icelandic landscape.

So why did the Academy Award-nominated actor decide to make the trip with Grylls?

“For me, it’s all about discovery,” Gyllenhaal said of the experience, while Grylls added that the actor held his own during the trek.

“The wild is always very revealing — not only physically but mentally. You’ve got to smile when it’s driving horizontal hail and be able to face your fears and just get on and do it — and on both of those accounts, Jake came up strong,” Grylls added.

This isn’t the first time a celebrity joined Grylls on one of his survival trips. Funnyman Will Ferrell teamed up with Grylls for a wilderness trip to Northern Sweden in 2009. 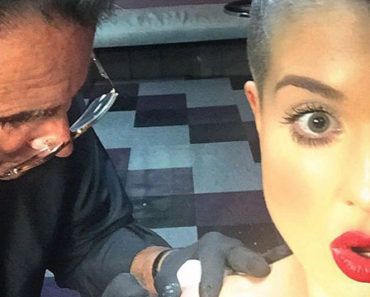