Jake Pavelka And Vienna Girardiâ€™s â€˜Bachelorâ€™ Reunion Gets Ugly! IÂ didn’tÂ get to watch theÂ Reunion but I can imagine what went down because at the end of the day…its all fake. I think they bothÂ entered this fake relationship to getÂ themselvesÂ noticed and it worked…drama works well!

During a special segment on Monday’s The Bachelorette, the two duked it out he-said-she-said style on the reason their rocky relationship ended, driving Girardi, 24, to storm out in tears.

Pavelka, 32, said their relationship had started to go downhill, but he wasn’t ready to throw in the towel yet. But Girardi says after a month, things soured. “When we were at home [it was] lonely,” she says. “I just wanted him to be around me and talk to me and kiss me like a normal relationship.”

“My impression was that you were a pilot and we would go back to Dallas and live a normal life,” a teary Girardi told Pavelka at one point during the interview. “All of a sudden, you were in LA and you were pursuing an acting career.”

She said his stint on Dancing With the Stars hurt their relationship even more. While he was on the show, “he never acknowledged me,” she said. “We were never together, ever, throughout the whole thing.” Countered Pavelka, “She was excited because I put her on TV.”

Girardi defended her decision to sell their split to tabloid Star (she denied making $90,000 from the deal). She called Pavelka a “fame whore” and said she only spoke to the tabloid so she could share her side of the story (she said she knew Pavelka would run to the press with his version). “I hadn’t had a voice this entire time,” she said of her decision to talk.

But Pavelka didn’t buy it, insisting he never would sell her out. “I’m disgusted with you,” he snapped.

Pavelka admitted to Girardi’s previous claims that he didn’t have sex with her during most of their relationship.

“What guy in America would ever wan to be intimate with someone who undermines him, emasculates and doesn’t respect him?” he asked.

Pavelka then explained how Girardi constantly interrupts him when he talks and that she feels “everything that I do is wrong.”

The two then began getting catty, as they began arguing about a tedious laundry list of issues: He scolded Girardi because she never cleaned up after her dog; she told host Chris Harrison how, in a rage, Pavelka once ripped a GPS out of their car and threw it in the back seat because he was mad she didn’t take his word on directions; he griped that she once re-measured their bedroom after he did while they were moving in furniture.

“She breaks me down. She’s mean. She’s always right. I never do anything right,” Pavelka complained.

Girardi insisted Pavelka needs a woman whom he could control. “You need a perfect girl who says nothing and does everything,” she snipped.

At one point, Pavelka called Girardi “a child.”

“We broke up twice,” he admitted. “She would throw temper tantrums and give back the ring.”

Girardi called Pavelka the “biggest fake liar I have ever met.”

Claimed Pavelka: “Sheâ€™s like a tabloid. You get 40 percent of the truth.”

Pavelka also insisted she cheated. “Who’s the guy you had on Saturday night at the apartment?” he asked at one point.

Girardi denied ever cheating on him, insisting the “guy” at the apartment that night was gay. As for Greek actor Gregory Michael, she maintained, “There’s nothing. I don’t even hardly know that guy.”

But the real punch came at the end.

“I am sorry that I went about it the way I did,” Girardi tried to tell Pavelka. “But I know you, and I knew you would have [sold your story to a tabloid] if I didnâ€™t.”

As Pavelka replied, Girardi interrupted him, causing him to snap. “Please, stop interrupting me!” he shouted

Crying, she stormed out: “He is the biggest liar Iâ€™ve ever met in my life!”

Said Pavelka, “Unfortunately, thatâ€™s what one of our arguments looks like.” 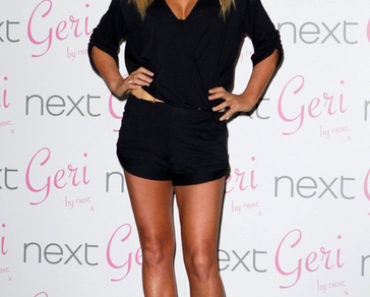