Jennifer Hudson has finally opened up about the death of her family (her mother, brother and nephew). I never thought Jennifer would talk about what happened after herÂ familyÂ died, but she did with Behind the Music.

“It was surreal,” she said on VH1’s Behind the Music: Jennifer Hudson, which premiered Monday night. “It was like I was outside of myself.”

Darnell and Jason were found shot to death inside their Chicago home on October 24, 2008. After a frantic search, the body of 7-year-old Julian was found in an abandoned SUV. Police later arrested William Balfour, the estranged husband of Hudson’s sister, Julia, for the killings.

After receiving the gruesome news, the singer-actress went into seclusion to mourn the loss of her loved ones privately away from the prying eyes of the paparazzi.

“For almost two weeks straight…[I was] inside one room with just family and friends coming in and out…because of course the press was everywhere,” said Hudson. “And it was like, ‘Where’s Jennifer?’ I was pretty much secluded from everything that was going on. I didn’t watch any TV, I didn’t even want to know what was going on because I had more than enough to deal with.”

“I prayed when I got up in the morning and prayed before I laid down at night. If I didn’t, I’d wake up depressed. The day didn’t go right,” the Oscar winner recalled.

“I remember being asked to do a film around that same time and I was like, I have to get adjusted to who I am now. So I can’t be another character if I don’t know who I am,” said an emotional Hudson, doing her best to hold back the tears. 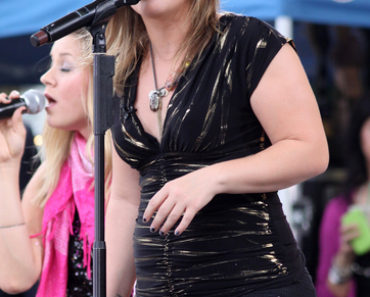