Yes, Jennifer Lawrence was caught drunkenly stripping at a bar in Austria and she isn’t sorry you saw it.”Look: Nobody wants to be reminded that they tried to dance on a stripper pole by the internet. It was one of my best friend’s birthdays and I dropped my paranoia guard for one second to have fun. I’m not going to apologize, I had a BLAST that night. And, P.S., ‘that’s not a bra it’s an Alexander Wang top and I’m not gonna lie, I think my dancing’s pretty good. Even with no core strength.’ She signed it: “Jen.”

You can see the kinda silly and pretty innocent video here filmed at the Beverly Hills Club in Vienna, Austria in late April. A witness at the club said, “She kissed one guy, and even started dry-humping him while they danced! At some point during the night, she lost her blouse, so she was only wearing a bra for the more scandalous dancing! It was surreal! There was one moment when Jennifer picked up some money that was on the stage, and spanked herself with it! She was wild, but seemed to be having an amazing time until her attempt at an elegant routine on the stripper pole ended with her crashing to the floor, and crying in pain! One guy — who she’d been ALL over previously — rushed and helped her back onto her feet. But then she climbed over tables, and fell back into her friends!”

It’s really not that bad, just a little awkward and funny….a little like Jen and she could care less. Jennifer was in Austria filming Red Sparrow, a Cold War thriller. 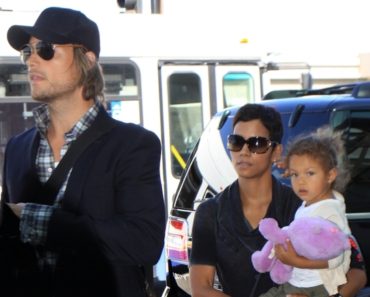