Girls Gone Wild creator, Joe Francis just threw a bomb on The Real Housewives of Miami. In a new episode Francis says he not only dated model Joanna Krupa but he also dated her sister Marta…and admits sleeping with both of them. Joanna seems not know that her sister, Marta also slept with Francis…but after she sees Marta laughing she asks,“You slept with him?”

The entrepreneur drops the bombshell allegation at a lingerie party. The 39-year-old chats to some cast members when Joanna’s name crops up.

Francis says: “How funny is it? I put Joanna on television for the first time… [When] she moved from Chicago with her sister Marta…I met her through a mutual friend like her first week in LA.”

That’s when he claims to have romanced the 33-year-old model and her younger sister.

“Actually I dated both sisters too – Marta and Joanna,” he says. When asked if he slept with them Francis says: “Yes…Go ask Marta. It’s true.”

Housewife and dentist Dr. Karent Sierra decides to confront Joanna about the rumor and, taking Francis by the hand, gets them to discuss it face-to-face.

But Joanna is not pleased, as in another clip she is seen shouting at the controversial Girls Gone Wild founder, saying: “You’re a f***ing sicko.”

A defiant Francis goes even further by saying: “And you gave me a [bleep] in a movie theater Joanna!”

When the blonde talks to her sister about the rumor she gets another shock.

“Joe Francis is telling people we both slept with him,” Joanna tells Marta. “How embarrassing.”

But when Marta starts giggling and hiding her face Joanna says: “You slept with him?” Her sister says: “I don’t want to talk about it.” 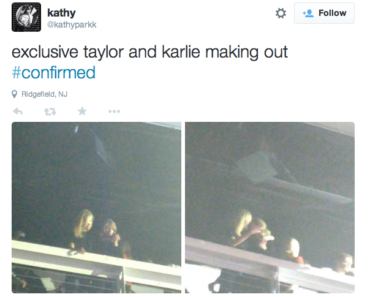