Home
Celebrities
Justin Timberlake & Mila Kunis Grope Each Other to Prove They Are Not Dating!
Prev Article Next Article

Justin Timberlake and Mila Kunis were presenters last night at the MTV Movie Awards and they stated that even though they are in a new movie called, Friends with Benefits they were not a couple and are more like brother and sister…so they then felt the need to grope each other to prove that…there is no love here!

Even though we’re in the movie Friends With Benefits, Mila and I have never dated.

The big winners at the MTV Movie Awards:

and the “MTV Generation Award” went to Reese Witherspoon 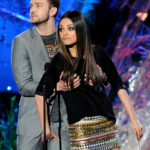 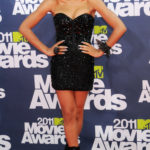