On New Year’s Eve Kathy Griffin and Anderson Cooper took their spots on CNN to celebrate the countdown to the new year and if you tuned in you would have seen the hilarity ensue as Anderson tried his hardest to tame Kathy (I watched and laughed hysterically). Well it seem as though Griffin may have crossed the line when she attempted to kiss Anderson’s crotch (CNN knows she does something crazy every year) and she refused to apologize for the act she told Letterman. “If you think this is the part where I’m going to apologize for trying to go down on Anderson Cooper, you are sorely mistaken. I tried, ladies and gays, I tried. For you.” Letterman retorted and asked Griffin what she would do if the tables were turned.  “If it was Anderson Cooper… I’d unzip so fast. Boom. Pants down.”

The Parents Television Council were very offended by the broadcast, “For the past few years, CNN has placed its New Year’s Eve broadcast in the hands of a narcissistic Kathy Griffin, who has shown increasing contempt for the audience through her obscene and unhinged behavior. The onus is now on CNN. Either the network has a policy that allows its on-air talent to fondle a co-anchor’s genitals, or it has a policy that forbids such conduct. We ask CNN’s new CEO Jeff Zucker which one it is.” 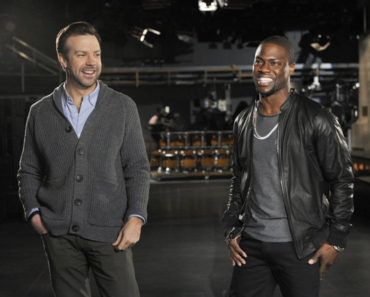