Did you know that Khloe Kardashian has naturally curly hair? Well, she does, just check out her baby photos. But for years she’s been getting a Brazilian blowout, which is a straightening treatment done to curly or frizzy hair. But now that Khloe is pregnant she can’t get her hair chemically altered and has been rocking her natural hair more often—hence the revival of her beachy waves.

Khloe chatted about her hair on SnapChat over the weekend. “I have been Brazilian blow drying my hair for years because I want straight hair – you always want what you don’t have. But now that I’m pregnant, I can’t do that, so my curl is slowly coming back,” she said in her series of clips adding,  “It’s always curlier underneath. But it’s slowly coming back. It’s frizzy right now, but it’s coming back, and I actually like it now.”

She looks cute with curly hair, but now we know her secret! And talk about secret Khloe may have her own line of makeup under the KOKO —KOKO Kollection by Khloe Kardashian” and  “KOKO Kollection.” Khloe would be following in Kylie and Kim’s solo makeup careers. Kourtney is also looking to join the makeup biz. 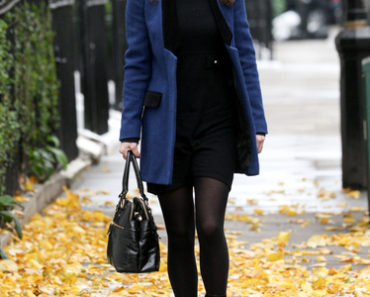