Kim Kardashian will not have a $1 Million dollar Birthday cake…whoa that’s one expensive cake! Kim learned that she was being gifted a truly expensive cake and decided that she would not partake in it and called the organizer to cancel it…she felt the money was better suited for something moreÂ importantÂ like the Homeless. That was the right move because that cake would have just been over the top!

Perhaps Kim Kardashian isn’t quite the material girl after all.

The socialite, who turned 30 Thursday, canceled what was to be a surprise $1 millionbirthday cake in her honor afterRadarOnline.com broke the news of the decadent delight.

“Kim was adamantly against accepting the cake,” an organizer of the reality star’s birthday festivities, GLO Night Club’s Danielle Orsino, told RadarOnline.com exclusively. “It’s a shame that she couldn’t just enjoy it for what it is, a record-breaking diamond-encrusted cake gifted her, a lover of diamonds.”

Manhattan restaurateur Nino Selimaj, who made the cake, was slated to unveil it in a news conference Friday, but has since cancelled the event.

“Her people contacted Nino… thanked him for his efforts and explained they couldn’t accept,â€ Orsino told us exclusively. â€œKim’s fans will be pleased to know that although she will not be accepting the cake, she is still appearing for her birthday at GLO on Saturday, October 23, as planned.”

Kim reacted to the news of the pricey cake Thursday, posting on her blog, “First of all, this is the first Iâ€™ve heard about this, and I would never allow anyone to spend that much money on a cake.

â€œMaking a million dollar birthday cake is just ridiculous!â€ she wrote. â€œIâ€™d rather they give me a cupcake and donate the rest of the money to the homeless!”

Kim attended the Gabrielle’s Angel Foundation for Cancer Research Hosts Angel Ball 2010 and then she had a boat ride with some friends toÂ finishÂ off her birthday! Kim looked amazing in that black ball gown with the emerald green jewelry…classic! 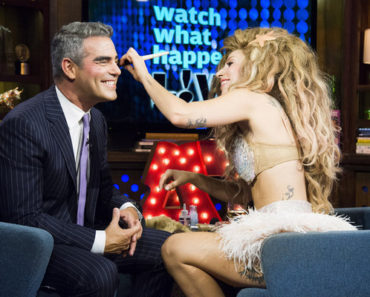