Was Kim Kardashian attacked last night in L.A.? NO actually she wasn’t! It all started when Kim was spotted at Mr. Chow in Los Angeles Sunday night (after attending the Daily Front Row’s 3rd Annual Fashion Los Angeles Awards) with her friend Fajer Fahad. The ladies looked worried as a man with a backpack was seen incredibly close to the reality star. Well its looks like it was all a misunderstanding and before we all knew it Kim’s name was in the headlines claiming that she was attacked. But it wasn’t true she explained on Twitter. “So @JonathanCheban just called me & asked if I was ok & read online I was attacked outside of Mr. Chow.Totally not true! Such weird rumors.”

So what really happened? “A random guy walks near me & almost bumped into me but he hit the parking meter. Not attacked me. Hope he’s ok!” He does appear to be some kind of paparazzo or fan. Allegedly Kim was “shocked” at first and her bodyguard was with her but the man was soon  “let go” after it was deemed the man meant no harm according to E!

On Keeping up with the Kardashians last night Kim did reveal she wants to have another baby. “Having more kids is definitely going to be a struggle,” Kim said. “I’ve gone through so much with really bad deliveries that the doctors don’t feel like it’s safe for me to conceive again myself. This surgery is really the one last thing I can try. I want my kids to have siblings and I want to know that I did everything I could to make this happen.”

But after a painful surgery on her uterus she was told by doctors she should not proceed with another pregnancy. Kim decided to look at her options. “After everything I went through, the surgery and it wasn’t successful and didn’t do anything,” she told her sisters Kourtney and Khloe at the end of the epiosde. “Kanye was really nervous about the surgery … but I know he would want to have more kids. I feel like surrogacy is the only option for me.” 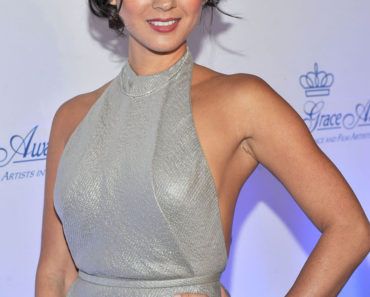