Uh oh little North West has a few jealously issues over her little brother Saint. Kim confessed her daughter was having a hard time during the Hakkasan nightclub’s second anniversary in Las Vegas yesterday. “My daughter is still in the little jealous phase. That’s really hard for me because she gets so jealous when I try to do anything with Saint so I sneak moments with him or have my husband entertain her, and I have to separate it sometimes.”

But another of Kim’s tricks is to get North around her cousins….Mason, Penelope and Reign.“North gets into the grove and realizes that it’s all going to be okay. There’s enough attention and love for everybody.”

This isn;t the first time Kim complained about North, before she revealed North didn’t like it when she fed Saint.

On a side note Kim K. and friends had to find another flight to Vegas…not commercial of course. And Kim kinda addressed Rob’s engagement with a few snap. 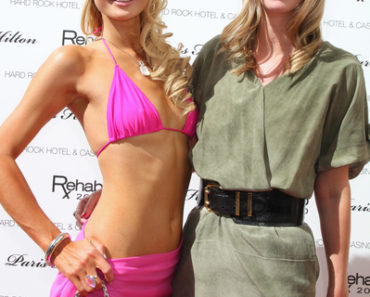