Kim Kardashian’s business is booming…sheÂ justÂ got an investor to give her $40 Million to expand her ShoeDazzle company internationally. Wow that sounds awesome!!

CelebrityÂ Kim Kardashian and business partnerÂ Brian LeeÂ have scored a coup with a $40 million investment led by venture capital firm Andreessen Horowitz for their online footwear and accessories site ShoeDazzle.com. Andreessen Horowitz is also an investor in Facebook, Foursquare, Groupon, Skype and Twitter. Lee, chief executive officer and co-founder of the e-commerce site, said the funding will help the company expand into new categories and internationally. â€œWe are launching in the U.K. in the next couple of months,â€ he said, noting that the firm is also in discussions to expand into Asia by the end of the year and South America after that.

The site has more than 3 million subscribers.John Oâ€™Farrell, general partner at Andreessen Horowitz, said, â€œShoeDazzle is the first vertical e-commerce business weâ€™ve invested in,â€ noting that it was attracted to the firmâ€™s use of social media and its subscription model, believed to be the first of its kind on the Web, which guarantees regular income every month. After three financing rounds, the two-year-old ShoeDazzle has attracted more than $60 million in venture capital financing. Of course, Kardashian probably doesnâ€™t hurt when attracting investors, either.

â€œWhen my dad would go away on trips he always came back with a special perfume for me,â€Â Kim Kardashian recalls. â€œI hated when he bought perfume for his girlfriends, but loved it when he bought me a glamorous bottle of his favorite scent of gardenia. So when I was developing Gold, I thought of him and other happy times in my childhood.â€

â€œTo me, summer is sexy, beachy and glamorous with thoughts turning to romantic evenings,â€ Kardashian told PEOPLE Saturday at the launch of Kim Kardashian Gold at Macyâ€™s in Aventura Mall, outside Miami. â€œI wanted something powerful yet not too sweet. I got stressed out while developing the scent because I wanted it to be just perfect.â€

â€œI am very hands on with my fragrances,â€ she explained. â€œI really didnâ€™t want a square bottle of any type. I am curvy and think my fragrance should represent me. So I picked a sleek round vessel in gold with ebony accents.â€ Comparing her fragrance it to an extra-special piece of everyday jewelry, Kardashian says she uses her Gold perfume nightly. â€œI spray myself before I go out,â€ she said. â€œThe fragrance makes me feel sexy.â€

“No, no, no. What was that [footage in the show’s commercial]? I think that was a part of her video, maybe. They were there when she was shooting her video.”

“They were filming that behind-the-scenes, but not the whole music video,” she said. “But I’m sure you’re gonna see [something]. I don’t know what they edit into the episodes.”

It’s awesome. “I’ve seen it. It’s to die for. Her body is banging, baby. … The song was for charity; it wasn’t for her to have a recording deal. [It was] something she just wanted to be for herself and for fun, so the video she made just for herself,” she said. “It was never meant to be played publicly.” 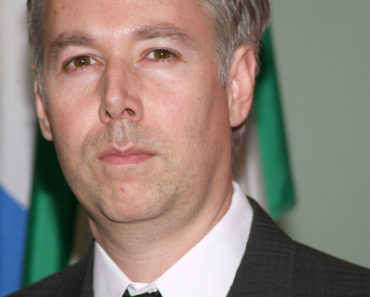