Kris Humphries may be done with the Kardashians for now but his father isn’t willing to let go yet…allegedly he wants to write a tell-all book about his son’s relationship with the most famous Kardashian, Kim!

In the midst of his son’s already messy divorce, Life & Style has learned that Kris Humphries’ dad is exploring his options to write a tell-all book on the Kardashian clan!

In the new issue of Life & Style, on newsstands now, Kris’ father, William, expresses his interest in what could be a explosive, blockbuster tell-all book! “I’d love to write a book,” he tells Life & Style. “It’s important to him that Kris’ side of the story is out there,” notes a Humphries family friend.

A rep for his son denies that any of the Humphries clan has plans to pen a book, however sources confirm to Life & Style William’s desire to write the tell-all.

While Kim covered her bases when Kris signed a prenup, there is nothing in it preventing him from revealing all her secrets to his dad, who signed only a confidentiality agreement for information surrounding the wedding special.

“Kris has told his father everything,” notes a Kardashian family friend. “They have no control over what William says,” the insider confirms. “And he has many stories to tell.”

If William Humphries were to go the self-publishing route, the Kardashian tell-all could hit stands by January, says Keith Ogorek, senior vice president of marketing at Author Solutions, whose company would welcome a call from William. “It could be a huge seller,” raves Casey Swanson, publisher of the Kate Hudson tell-all, 2 Versions: The Other Side of Fame and Family. It wouldn’t be the first deal the Humphries family has landed–in November, Kris signed on as spokesman for Sector watches for a reported $150,000.

On side noteÂ BarbaraÂ Walters called the Kardashians liars…sort of! She says Kim lived when she said marriage was good…mind you the interview was in early October…did she expect the exclusive scoop beforeÂ everyoneÂ else!

OnÂ The View,Â Barbara Walters set the record straight on The Kardashians.Â When the topic of Kim Kardashian lying to Barbara during her 10 Most Fascinating People Of The Year interview about how â€œmarried life is goodâ€ came up, Barbara explained what happened.

â€œItâ€™s not that she lied â€” that was the first interview that we did, we did it in October,â€ Barbara revealed, adding that Khloe Kardashian wasnâ€™t moving to Dallas and Kourtney Kardashian hadnâ€™tannounced her second pregnancy yet either.

But, the sisters and their momager Kris Jenner did promise Barbara that nothing would happen between the time the interview was conducted and the programâ€™s airing, which miffed The View co-host a little bit. 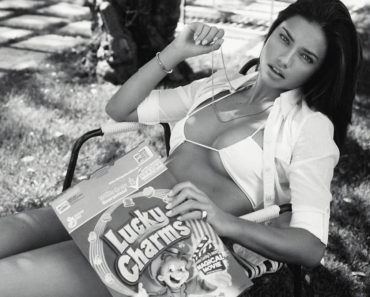