Kris Humphries has not looked too good on Kourtney & Kim Take New York (very insensitive Â and a little like a jerk )Â and has even met with his lawyer to get the show cancelled. Can he really get them off the air?

Kris Humphries is convinced Kourtney & Kim Take New York is being selectively edited to make him look like a jerk — and with the finale scheduled to air on Jan. 29, he’s preparing to take action.

Life & Style has exclusively learned that Kris has consulted with his lawyer, Lee Hutton III, to discuss what steps to take and he’s preparing to sue his estranged wife, Kim Kardashian, in an attempt to get the show canceled. “He’s not going to be vilified,” a Humphries insider confirms in the new issue of Life & Style, on newsstands now. “Kris knows his rights. He will sue.”

The Jan. 8 episode of Kourtney & Kim Take New York made Kris particularly livid at the point when Kim finally came to the realization that her marriage simply wasn’t working. “There’s something in my relationship that I just feel isn’t right,” Kim confessed in a talk with her mom, Kris Jenner. “Married life isn’t what I thought it would be with him.”

“Kris was very pissed off at what he saw on TV,” a friend of his reveals to Life & Style. “He had to be calmed down. It was noticeable that Kim was doing voice-overs after the fact — the editing was horrible.” Indeed, Kris promptly lashed out: “I can’t wait for the truth to come out,” he snapped. “People will be surprised — or maybe they won’t.” And he let his more than 800,000 Twitter followers know how he felt. In a post, he made a deliberate reference to the FCC — the Federal Communications Commission, which regulates TV broadcasts and could have the power to pull a show off the air.

A source close to Kim insists this is nonsense. “You can’t edit what Kris said — he said those things, and maybe the truth hurts,” the source notes. “He wants to sue because he saw what he looks like on TV and he’s embarrassed now.”

“Kris just couldn’t believe that Kim would speak to her mom with such disrespect, often telling her she had no idea what she was doing, as pertaining to Kris’ management of her career,” a source close to the situation tells RadarOnline.com. “On one recent episode ofÂ Kourtney and Kim Take New York, Kim called Khloe an ‘ugly little troll’ because she was woken up by her sister, earlier one morning than she liked.

“Kris would NEVER even joke with his parents, nor his sister,Â Kaela that way. He just wasn’t raised that way. Kris tried to approach the subject gingerly with Kim, saying there were other ways to communicate her frustration and anger, rather than using such ugly language, Kim responded by telling him that it was none of his business.”

I don’t know if IÂ believeÂ this one since, Kris didn’t seem that nice to Khloe and Kourtney! 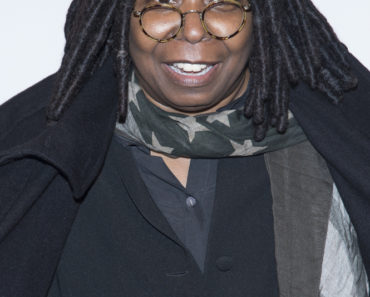