Lady Gaga will be stopping The Simpsons this season as…you guessed it herself. She makes a pit stop in Springfield and finds out the town suffers from low self-esteem, especially Lisa Simpson and there is a kiss with Marge…OMG! What will Gaga wear?

Lady Gaga has recorded a guest spot for an episode of The Simpsons! In â€œLisa Goes Gaga,â€ the singer (seen here recording her lines on Aug. 22) makes a pit stop in Springfield after learning that itâ€™s teeming with low self-esteem, and winds up trying to cheer up a dejected Lisa through the power of speech, song, and a flash mob. The adventurous performer admits that her visit to Simpsons HQ was â€œa little nerve-wracking.â€ â€œI make music, but I donâ€™t do voice-overs every day of the week, and their characters are so awesomely convincing and sincere and wild and funny, I had to remind myself constantly of the sincerity of the humor,â€ she tells EW. â€œThatâ€™s what I was trying to focus on, not putting on a character too much and really being as sincere as I could with the lines.â€ And where does this guest spot rank among her professional experiences? â€œI would say this is one of the coolest things Iâ€™ve ever done,â€ says Gaga, 25, noting: â€œMy dadâ€™s probably going to do 80 backflips when the episode comes out.â€

He and the rest of America will be treated to a full-on animated extravaGaganza, complete with a Gaga Express train powered by a giant flame-shooting bustier, ample wardrobe changes, and a kiss withâ€¦ Marge! â€œI play a little bit of a slut,â€ quips Gaga. â€œThe apple doesnâ€™t fall far from my artistic tree.â€

Photo and Story Via EW 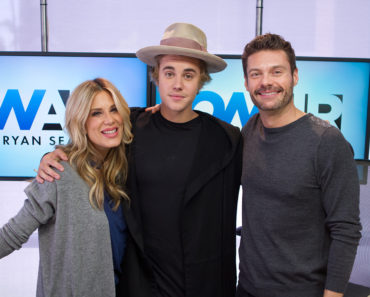