Lauren Conrad is adding a new job to her resume…writer for Forbes Lifestyle section…that’s awesome! Lauren is an entrepreneur, fashion designer, book writer and more…

Celebrity, entrepreneur and businesswoman, Lauren Conrad
Lauren Conrad is a rare breed of reality celebrity. She doesnâ€™t sing, she doesnâ€™t dance, she doesnâ€™t throw her curves in our face or bowl us over with a splashy personality. So how do you explain the screaming crowds, endless magazine covers and 1.8 million Twitter followers? Simple. She seems like one of usâ€”almost.

Weâ€™ve watched the 25-year-old All-American beauty break up with cheating boyfriends and navigate the travails of high school on her hometown stage of MTVâ€™s Laguna Beach. Then we followed Lauren to L.A., top down on the BMW convertible with Natasha Bedingfield blaring, to accompany her through internships, college heartbreak and best-friend drama in The Hills. Now, sheâ€™s set her sights on the business world and Forbes Lifestyle has invited her to document the journey.

When I got on the phone with Lauren a few weeks ago, she talked to me while weaving through L.A. traffic on her way to a photo shootâ€”not a suggested practice but a reality of the day-to-day demands of running two fashion lines, two websites and a successful novel series (L.A. Candy was a New York Times bestseller). Just the night before, she had turned in the manuscript for her fifth novel before making a fresh-faced appearance on Chelsea Lately. Not bad for a 36-hour stretch.

Laurenâ€™s jump from celebrity to entrepreneur puts her on the same trajectory as many a bright-eyed instant cover girl, but whether she can channel her persona into an enduring commercial tour de force remains to be seen. All considered, sheâ€™s off to a good start. LC Lauren Conrad, an exclusive womenâ€™s apparel line for Kohlâ€™s, has burgeoned from placement in 300 stores to 1,000 in one year. Specialty clothing line Paper Crown, set to debut this summer, has already been courted by the likes of Fred Segal, Planet Blue and Nordstrom.

Starting Thursday, follow Lauren as she takes us on a four-month exploration of the fashion business, inner workings of a celebrity web site, the publishing industry and watch for beauty/style tips from the powerbroker herself. 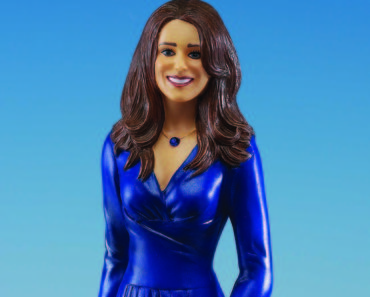