Lindsay Lohan has been freed from jail but not from rehab. Lindsay must report to rehab within 24 hours after serving a 14 day jail sentence. This is what happens when you don’t follow the law!

But Lohan (and her hair extensions) managed to make it through a sojourn at Lynwood’s Century Regional Detention Facility, serving 14 days of a 90-day sentence for a probation violation in a DUI case.

Lohan was sprung at 1:35 a.m. Monday, although she managed to elude dozens of camera crews outside. Los Angeles Sheriff’s Department spokesman Steve Whitmore told the assembled masses that Lohan was ushered to rehab in an unmarked van.

Los Angeles Superior Court Marsha Revel had ordered that Lohan report to a treatment facility within 24 hours rather than allow her time to unwind before fulfilling the part of her sentence that’s actually going to last for 90 days.

“Per a court order she has been sent directly to her next destination, which is a treatment center,” Whitmore said. “She is now under the supervision of the L.A. County Probation Department. This concludes her custody. We are done. Thank you all for behaving. We can all go home now.”

While early reports had the 24-year-old checking into the Morningside Recovery in coastal Orange County, about an hour south of Los Angeles, the actress was later said to be headed to the UCLA Medical Center for intense counseling for both substance abuse and emotional issues. There has been no confirmation from the facility, the D.A. or Lohan’s camp.

“The judge’s order will dictate the manner in which she will be released and to whom, and I have not seen that,” attorney Shawn Chapman Holley told E! News earlier Sunday after paying Lohan a visit in jail. “She is doing fine…She is ready.”

I think the 24 hour lapse time between jail and rehab is the best thing for Lindsay because sheÂ obviouslyÂ has a drug problem…it is harsh but sometimes you suffer the consequences of your actions. 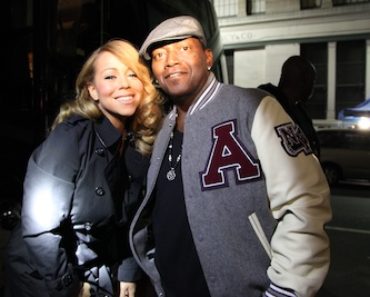