One of Lindsay Lohan’s lawyer has had a hard time getting in contact with the actress. The lawyer, Julia Azrael has been representing Lohan for a 2010 court case when her assistant drove into the car of photographer, Grigor Balyan while Lohan was in the car. Azrael says that Lohan is unreachable even though she has to sit for a deposition.

One of Lindsay Lohan’s lawyers is admitting she can’t get in touch with her, can’t make her sit down for a deposition in a pending lawsuit — and, most importantly, she doesn’t want to get blamed for her client’s world class flakiness.

As we reported, photog Grigor Balyan recently filed docs claiming Lindsay’s been busy partying instead of sitting for a deposition in his lawsuit against her. Balyan claims Lindsay’s assistant drove into him while leaving a Hollywood nightclub back in 2010 … with LiLo riding shotgun.

Now, attorney Julia Azrael — who represents Lohan in this case — has filed documents … insisting she shouldn’t be held responsible for Lindsay’s disappearing act.

Azrael writes, “I have made many efforts to convince Lohan to appear for her deposition. I do not know how to reach her directly.”

In the docs, Azrael claims she has to go through Lindsay’s other lawyer, Mark Heller, to get through to Linds — and says Heller’s been stringing her along.

Balyan has asked the judge to fine Lindsay and Azrael for giving him the runaround.

In other news The Wanted’s Max George told E! he ‘snogged’ the actress.”Yes, we did—a little one. She’s a friend of all of ours and she is a lovely girl.We wish her all the best wherever she is.” Snog means kissing…I thought it meant more? 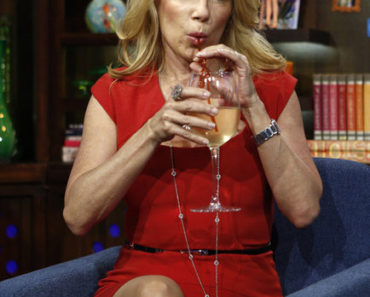