Lorde looked stunning on the red carpet with a cool pants and a cropped top at the Golden Globes, but it was her slicked back hair and orangy red lips that took center stage. Get her look straight from her makeup artist Amber D for Kat Von D Beauty.

Amber explained, “We really wanted to play with a look that was strong and powerful but that felt classic. The Golden Globes is such a glamorous event so it was key to look chic but to also stick to Lorde’s sharp edgy style. I visited the Museum of Contemporary Art in LA last week and was awestruck and inspired by a breathtaking painting from Mark Rothko that had washes of orange and red juxtaposed next to dirty greys, which made me feel like it might be time to revisit a more orange based lip this awards season.”

“Lorde is fearless and never afraid to try new looks so we wanted to try a look that was classic but that also felt new.”

To finish off the face, we added a sheer flush and slight contour and highlight, as we wanted to keep the main focus on the eyes and lips.

For the eyes, we set brows with a clear gel and applied washes of neutral color of the Kat Von D Monarch Eyeshadow Palette ($46) by swiping shimmer shadows across the lid and then sculpting the corners with matte shades.

We added a striking accent to the eye with an unexpected bronze liner using Kat Von D Lightning Liner in Hyde ($20) to make the eyes sparkle and then finished off with a few false lashes and gentle coats of Kat Von D Immortal Lash 24 Hour Mascara ($20).

And for the lips, we made them pop with a mix of lip balm and Kat Von D Studded Kiss Lipstick in Countess ($21), a gorgeous matte hot orange red.” 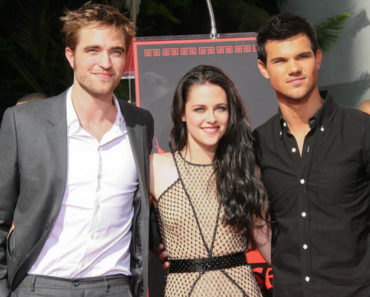