I always thought Vernon Winfrey was Oprah biological child…then this book comes out and says that heÂ isn’tÂ her father…WTF? I always liked the humble man who raised Oprah and was still cutting hair in his barbershop but…I think he turnedÂ againstÂ her for the newÂ unauthorizedÂ biography out on the bookshelves. I don’t know…

Norh Robinson, a dirt-poor Mississippi farmer now living in a rural VA hospital, wants Oprah to submit to a paternity test that he says would once and for all prove that he sired her in 1954.

Robinson said he dreams of just once speaking with Oprah as father and daughter before he dies — and revealed that, years ago, he tried to reach the talk-show queen to beg her to agree to a DNA test.

“I told her [in a letter], if she wanted, I’d give her one,” Robinson told The Post in an exclusive interview this week.

In the letter, he placed mementos from his life, including his Social Security number and a picture of him from the Navy in World War II, he said.

“I never got no answer,” Robinson told The Post. “I never did get no answer. If I did, it didn’t get to me.”

The vet insisted he wasn’t looking to get his hands on Oprah’s millions. 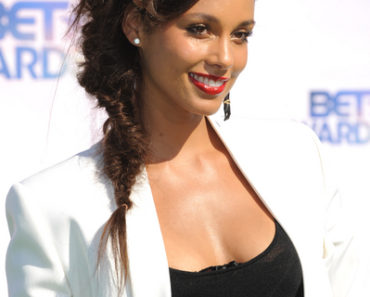