Earlier this week UK newspaper The Sun released an exclusive report in which Beyonce’s father, Mathew Knowles talked about his strained relationship with his daughter, but now he is slamming the report calling it slander. he goes on to say the report is filled with lies, inaccuracies and misquotes. He even says he never mentioned a ‘rift’ with his daughter and actually has met Blue Ivy. He released a statement,

We did not initially respond to the claims made in the British Sun article released March 25, 2013 about Mathew Knowles because we believed that the inaccuracies published would be transparent to readers. However, the British Sun article is a prime example of libel and slander and irresponsible journalism, filled with lies, inaccuracies and misquotes. Many of the statements were completely untrue, without any substance whatsoever and were defaming, with malicious intent to attack Mathew Knowles and his family.

Specifically, Mr. Knowles did not mention Jay-Z’s name in the interview at any point. He did Not state that any “bitter rift” exists between him and his daughter, Beyoncé or that he has been pushed or cut out of her life. He also never stated that he has Not met his granddaughter Blue Ivy. When in fact, it has been well documented that he has met his granddaughter, a fact that was made clear on Beyoncé’s HBO documentary, seen around the world with him holding his granddaughter. A documentary that the British Sun reporter stated she watched, yet decided to report something that she knew was not true.

The British Sun and the reporter were notified in advance that Mathew would not discuss personal family topics or information. The reporter told Mathew that the interview was a feature on him, his career and what he is doing now. However, no information about his career was even included in the article released. As a result, the reporter and the British Sun misrepresented their intent, proceeded with a deceptive agenda, and created their own sensationalized story filled with blatant lies and manipulated quotes, in efforts to grab headlines and sell more copies of their newspaper without regard to how their slander can damage lives.

The publication of these fictitious statements have caused damage to Mr. Knowles’ personal and professional reputation as well as hurt his family. The office of Mathew Knowles has the complete, unedited recording of the interview and the full article that was supposed to be published, which discredits and proves the slanderous manipulation of lies and inaccurate quotes reported by the British Sun. This kind of irresponsible, malicious and misuse of journalism cannot be tolerated and we are requesting an immediate retraction by the British Sun or full legal action will proceed. 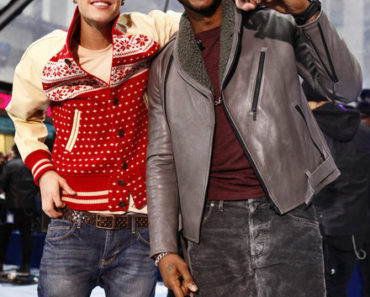