Terrell Owens recently made some claims about his formerÂ friends, Mo and Kita. On a recent visit to the Wendy Williams show Terrell claimed that a friend tried to steal from him, but he never said it was not Mo or Kita leaving Wendy toÂ believeÂ it was one ofÂ theÂ ladies! Terrell also claimedÂ theÂ ladies went behind his back to makeÂ theirÂ own reality show deal with VH1. The ladies set the recordÂ straight!

Read the interview below:

TheInsider.com: How did all this start? Terrell says you double-crossed him. Kita: He’s mad at everybody. We were friends first. People forget that. We were friends for 12 years. Terrell is the only client we had where we had a friendship first. The GQ article didn’t bother us (T.O. recently did an interview with GQ where he stated he was broke and had no friends). Terrell is typically known for running his mouth, he says things off the cuff, he’s mad at the world. It didn’t bother us, that article we knew about.

TheInsider.com: So what took you guys over the top emotionally?
Kita: His Wendy Williams interview. We didn’t steal anything from him. And he sat on that couch, and said a friend stole some money. People assumed he was talking about us, and he never really stated he WASN’T talking about us. So that’s how Wendy Williams made the assumption and went on her after show saying ‘Those two girls ripped him off! I can’t believe Mo and Kita would do such a thing.’ Having an opinion is one thing — anyone can have an opinion — but when you state it as fact now you are messing with my reputation as a professional woman. Monique and I have been in this business for over 15 years. Before T.O. And we’ve worked with artists from Ludacris, to Jay-Z, Mariah Carey, Method Man and more. We worked for Def Jam! So for him to say something like that and not be clear — that’s where we got hurt. We’re hurt more than anything.

TheInsider.com: So just to set the record straight, neither of you have ever stolen from T.O.?
Monique and Kita: NEVER!
Monique: We have never! We’ve never stolen ANYTHING from Terrell Owens. There’s been always hills and valleys within our relationship. This isn’t the first time Terrell and Kita and I have parted ways with our friendship. Over a 12-year span it’s not a big deal. Where the hurt and disbelif came from is he put some things out there, and we know how media puts a spin on things, especially messy media. He was never clear.

TheInsider.com: Why does he think you were going behind his back?
Monique: My biggest issue is that Terrell knows we’ve gone to bat for him over the years. We’ve protected him like a brother, like a son. We’ve stood in the front line an took on war for him. He knows the truth, on The T.O. Show this last season, we sat on his couch in Miami and disclosed there was a friend who stole money! My question to Wendy would be: Why don’t you check the facts because you can Google it and it will show you there were court orders and documents, because Terrell had to sue to get his money back. It also was shown on The T.O. Show. Why would he sit on the couch and cry to us about a friend stealing money if it was us that stole from him?!
Kita: When we pitched The T.O. Show six years ago, when there wasn’t a ton of reality shows on Vh1, we pitched to several networks, and VH1 took a chance on us. That’s how Monique and I became creators. It was our idea. We became co-executive producers because we were behind the scenes doing everything!

TheInsider.com: So were you conducting deals without his knowledge?
Mo: We never brought Terrell in the beginning stages in any deal until it was time to sign on the dotted line and get the real deal going. Because at the time his focus was supposed to be football! There were other shows that we shopped for other people! He wasn’t brought in because: A) It wasn’t about him, and B) he’s playing football. Why bother him until it’s something we know is for certain? The paperwork that VH1 legal has shows he is involved in the deal basically for nothing other than his association as our business partner. If he wanted to know the day to day that’s a two way street. What he won’t say is when we were filming season two, we had a conversation in a parking lot where we talked about coming up with a production company of our own.
Kita: We haven’t taken a percentage from The T.O. Show from him directly, or the new movie he’s promoting which we got for him. There are some things as friends we let ride. We secured many deals that we didn’t talk to him about initially because it wasn’t set yet! Everything we do business-wise has always been in the preliminary stages beforehand. We’ve never excluded him, but we’ve always been excluded to be honest. We will negotiate for him without having to take money out of his pocket. So let’s be fair here. We haven’t been on his payroll since 2004! Monique and I are CEOs of our own company. We don’t work for T.O., we don’t work for Terrell Owens enterprise. We work for our own company. We have other clients! We have Johnny Gill as a client. We have other athletes as clients. Why wouldn’t we be making deals for him, other clients and ourselves?

TheInsider.com: Where does your relationship stand?
Mo: We’re estranged. Kita: We haven’t technically sat down with him, and we need to, and I hope the family circle can get back together. We hope we get back on the same playing field. We love him and we defintley want the best for him.

TheInsider.com: Will there be another season of The T.O. show? Or a reality show in some capacity?
Mo: We’re very optimistic and we’ll know for sure very soon. 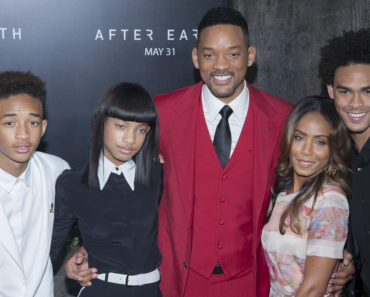