The Modern Family cast is back and in full swing after finalizing thier contracts. The cast banded together and filed a lawsuit to end their previous contracts so they could land more cash!

When ABC boss Paul Lee told reporters today that he was optimistic about the Modern Family debacle being resolved soon, he was certainly correct.
E! News has confirmed that Julie Bowen, Ty Burrell, Jesse Tyler Ferguson, Eric Stonestreet and Sofia Vergara have agreed to the salary offer put forth by 20th TV, and the lawsuit involving the five actors and Ed O’Neill will not move further.

“We are pleased to report that we have closed new agreements with the six adult cast members of Modern Family,” a 20th TV spokesman tells us. “The lawsuit will be dropped as part of the agreement. Principal photography of season four episodes begins Monday as scheduled.”

Great news, right? Sure, but as Modern Family executive producer Christopher Lloyd tells us exclusively, it was still an unfortunate situation they had to go through. We caught up with the series boss to talk about the past week, the rumors surrounding the deal, and what the future holds for the cast and for the show.

“It’s not a surprise. It’s a distraction that has gone away. It’s not a particularly pleasant thing but a necessary hurdle when you’re on a long running show. It didn’t last that long and we’re ready to get back to the fun of our job, which is a really fun job.”

Has the dispute delayed production at all?

“No, we are totally on schedule. We begin filming on Monday. That was always our plan and I think that’s why there was an effort to have it conclude today. We’re all sensible. No one wanted it to go into the weekend. They can nash their teeth, both sides can, but they’re both sensible enough to say let’s finish this by Friday around sunset. They would rather give up more money than an hour by the pool on a Saturday afternoon.”

There was talk that the cast wanted you and Steve Levitan to pitch into the cast’s deal. Can you comment on that?

Are you surprised at how tough the negotiations became?

“No. If they were easy then somebody would be getting screwed. A sign that negotiations were handled well on both sides is that everybody probably feels a little bit like they didn’t get what they wanted. That’s the stakes of these things. But the good part is that this didn’t last long. We’re all glad it ended.”

Do you think there will be any hard feelings when everyone shows up on Monday?

You cleaned house at Emmy noms again this year. Does it still mean as much?
“Yes, definitely. Now it means we haven’t let the quality slip and something like this means we’ve made it another year and we work hard all year for acknowledgement that people like what we create.” 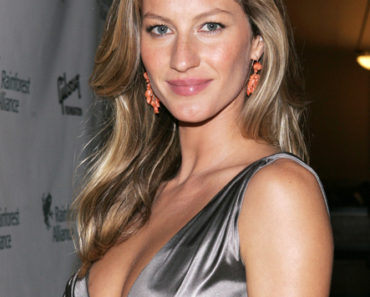