Here we go again…Nick Cannon and Mariah Carey seem to have split kinda amicably (at least they look like that now), but after Nick’s new song, “Oh Well,” was released everyone wondered is he talking about his famous ex-wife Mariah Carey. In the song, Nick raps, “All you needed was a n—- with the money, cars and cribs,” whoa is he talking about MC, “I still feel bitter about it. You leaving the house. You f—ing that n—-, giving me a reason to bounce. Oh well.” Well he does sound like he’s talking about Mariah.

But Nick had this to say about the song released on Soundcloud. He wrote on Twitter, “You know what I find funny, I actually released a spoken word piece about the corrupt system and the media pays it now mind…But someone releases one of my Character pieces from a film and media outlets flock to it making up stories about my ex…The devil is busy! We got to learn how to navigate through the sensationalism and lies. #DontBeDistracted. Sorry to disappoint the bottom feeders but you won’t be hearing any diss records from me unless it’s about the GOVERNMENT! LOL. How many times do I have to reiterate @MariahCarey and I are super cool! Stop trying to create negativity, we will never subscribe to it. We are both VERY happy and have both moved on, so all the outlets reaching for gossip, it’s not 2014 anymore. Do your jobs better! #OldNews. Like I have always said I will forever Respect and Love @MariahCarey and will never say anything negative about the mother of my children. Yall know me I never have a problem speaking my mind, so If I have something to say, I just come out and say it! I don’t beat around the bush or hold my tongue 4 anyone. So let me put this eloquently as possible, Go choke on a fat one! LOL #Wildnout.”

It was a character piece he says! 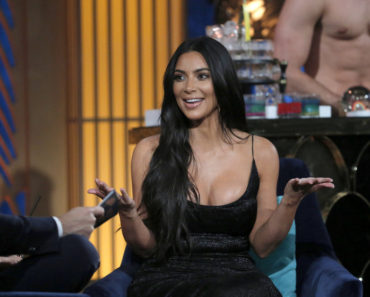