A source is coming forward and claiming that The Real Housewives of New JerseyTeresa Giuduce had nothing to do with Melissa Gorga’s ‘stripper past’ rumor coming out (yeah, I know Melissa denies being a stripper) and that Teresa is innocent in the entire story and that the entire incident all happened by chance! Do you believe this ‘source’ or is the source secretly Teresa (lol).

The Real Housewives of New Jersey star Teresa Giudice has been under attack since she reportedly started spreading rumors that her co-star and sister-in-law Melissa Gorga used to be a stripper. Teresa supposedly even went as far as to have Melissaâ€™s former boss from the strip club confront Melissa at the Posche Boutique fashion show on Sept. 27. But HollywoodLife.com has the exclusive details of what actually happened on that day!

â€œMelissa wasnâ€™t set up,â€ a close insider tells HollywoodLife.com. â€œThe salon that the owner of the boutique did business with that day happened to have a man there that [used] to work at the same club that Melissa worked at. The guy bought a ticket.â€

Teresa didnâ€™t invite the man, nor did she ask him to confront Melissa. â€œHe was sitting at the same table as the people from the salon and he walked up to Melissaâ€™s table and said hello,â€ says the insider. â€œHe was her boss. And she said hi and she acknowledged him.â€

â€œWhen Teresa and Melissa went in the bathroom, Teresa said, â€˜He said you were a dancer,â€™â€ continues the source. â€œMelissa flips, calls her husband. Her husband, Joe Gorga, flies in like a lunatic â€¦ went after the owner physically. He had words with the owner of the boutique and accused the owner and Teresa of setting Melissa up. Ridiculous. She is what she is and everybody knew it there. People who had danced with her were there.â€

Teresa and the owner of the boutique had no involvement with getting Melissaâ€™s former boss to the show. â€œHe bought the ticket because he knows the people from the salon,â€ assures the source.

â€œFirst of all every one knows it,â€ says the insider. â€œJoe used to go there [to the strip club]. This was common knowledge. For him to blame the owner [and Teresa], go to the show and accost the owner â€¦ for them to act like that made them seem more guilty.â€

The source adds that everything that happened as the fashion show will play a major role in the plot of upcoming season four â€“ and it will possibly be the focus of the season four finale! 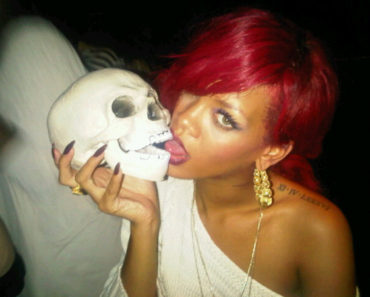