New Kids on the Block singer, Jonathan Knight has confirmed that he is gay! He says he told his family and friends 20 years ago!

NEW KIDS ON THE BLOCK star JONATHAN KNIGHT has spoken out following reports he was recently ‘outed’ as gay, insisting he has never hidden his sexuality.

The singer hit the headlines earlier this week (24Jan11) after 1980s pop star Tiffany revealed he was gay in a live U.S. TV interview, shocking fans who had no idea he was homosexual.

But Knight is adamant he wasn’t hurt by Tiffany’s ‘announcement’ – because he ‘came out’ to friends and family years ago.

In a post on the band’s official website, he writes, “To all my fans who have expressed concern: I have never been outed by anyone but myself. I did so almost twenty years ago. I never knew that I would have to do it all over again publicly just because I reunited with NKOTB! I have lived my life very openly and have never hidden the fact that I am gay. Apparently the prerequisite to being a gay public figure is to appear on the cover of a magazine with the caption, ‘I am gay’.

“I love living my life being open and honest, but at this time I choose not to discuss my private life any further! My fellow band members don’t discuss their private lives with their loved ones and I don’t feel that just because I am gay, I should have to discuss mine!” 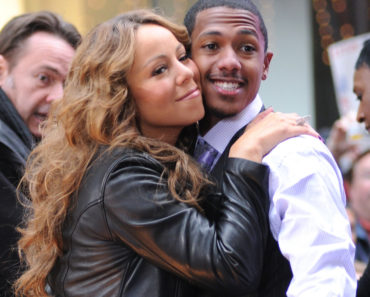