Olivia Munn and Joel Kinnaman have called it quits. The cute couple dated for 2 years before splitting a few months ago according to Page Six. The couple were last seen together walking the red carpet for Kinnaman’s movie RoboCop in February. One source told Us Magazine, “They ended things a few months ago but both seem fine. A lot had to do with distance. He’s back filming in Toronto and she’s now in L.A. for good.”

The duo were friends before their relationship so the split hasn’t been too hard. “They were actually close friends before they even started dating, so they’ve been able to stay really good friends even through the breakup. It’s just made things much easier for both of them.”

The the split announcement comes just after her Allure cover where she gushed over her RoboCop boyfriend, “If there was ever going to be a girl who would want her man to bring home a RoboCop suit, it would be me. Joel is truly fantastic in it.” I guess that statement was made just prior to the split. 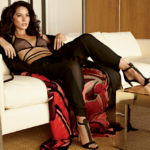 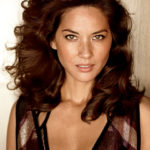 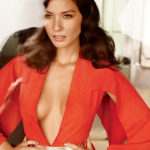