Wait Oprah has a son…well not so fast. There is a man claiming to be Oprah’s long lost son. She was ambushed by Calvin Mitchell set up by a tabloid magazine. Oprah called in to Entertainment Tonight’s Nancy O’Dell, who got to the bottom of everything and no Oprah is not a mother.

“I met Calvin around the early ’90s, I think it was 1992. I was doing a film for television called There Are No Children Here. We were shooting in the projects in Chicago and I was sitting on set during a break, and this cute little sparkly-eyed boy came underneath the yellow tape to hand me a soda. I was so charmed by him that I started talking to him about his family, his school life, and found out that he was in a situation where his mother didn’t have a job and they were stuck in the projects.”

Oprah stayed in touch with the boy and his mother and helped get him into a school, moved the family out of the projects and even got Mitchell’s mother a job, but he was soon kicked out of multiple schools she helped him get into and so she said she was done with him after trying to help Mitchell.

“I said, ‘Calvin, this is the moment. This is a seminal moment for you. I know you are 16 and can’t see the road ahead, but if you leave this school and refuse to get an education — I have tried to offer you an education twice — there isn’t another school I can put you in. If you leave this school, I am done. There is nothing else I can do.’ … And that was my last conversation with Calvin in the early ’90s.”

Wow, she really did try yo help him… 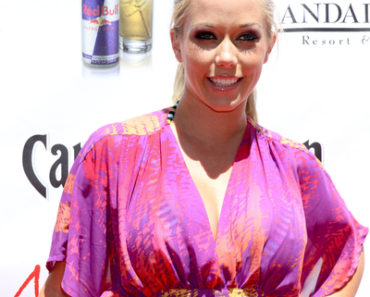