So maybe this is really why Kim Kardashian and Kris Humphries called it quits…theses new photos of Kris partying with some girls (the Twitter account @shellmerciÂ posted these pics no longer exists) at his NYC pad with Kim…but there were scenes of a party on an upcoming episode of Kourtney & Kim Take New York.

According to RadarOnline, the ‘Kourtney & Kim’ camera crew was there atÂ theÂ time of the party…so what Kris set up?

While it appears that Kris Humphries was caught partying with a bevy of blondes in the New York suite he shared with then-wife Kim Kardashian, RadarOnline.com has exclusively discovered that E! cameras were rolling during the incident.

In a photo posted in September by Twitter user “shellmerci”, Humphries is seen in the background while the blonde snaps a photo, but also snapped is a large production camera in the upper right hand corner, clearly filming everything.

Leading to the question: Is the entire “cheating” scandal a set-up for their hit show, Kourtney & Kim Take New York?

RadarOnline.com published the photos and videos posted by the Twitter user that allegedly partied with Humphries that night at the upscale Manhattan hotel he shared with Kim, the Gansevoort, in which several girls are giggling as they flaunt monogrammed cloth with the initials “KH” and “KK.”

On December 11, another Twitter user named “glfitzpatrick” wrote: “@shellmerci is the acct that’ll b featured n next weeks #kktny.” 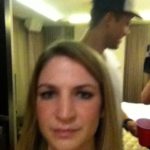 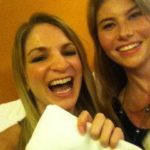 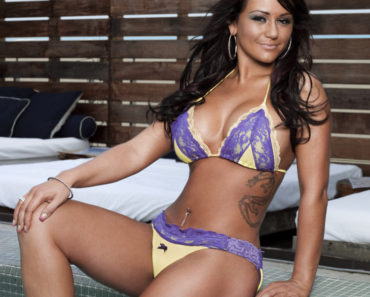