Oh snap, Rihanna finally unfollowed Chris Brown on Twitter, he did the same soon after. Allegedly the unfollow came after Chris ‘dissed’ Rihanna on a remix on Kanye West’s song ‘TheraFlu’ where he talks about every guying in the industry having ‘had her.’ We don’t know for sure if he is talking about RiRi, but she unfollowed him so…?

It seems Rihanna has finally had enough of Chris Brown … the singer has “unfollowed” her ex-boyfriend on Twitter after he released a new diss track that appears to be aimed at her.

The song in question is a remix of Kanye’s TheraFlu — in which Brown freestyles the verse, “Don’t f*ck with my old bitches … like a bad fur … every industry n*gga done had her.”

He continues, “Trick or treat like a pumpkin … just to smash her”

Hours after Brown released the track last night, Rihanna stopped following Brown on Twitter — a HUGE move — and one that’s leading many to assume Rihanna believes the verse is about her. 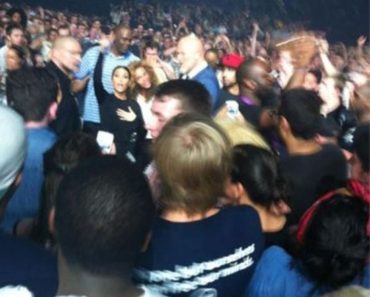